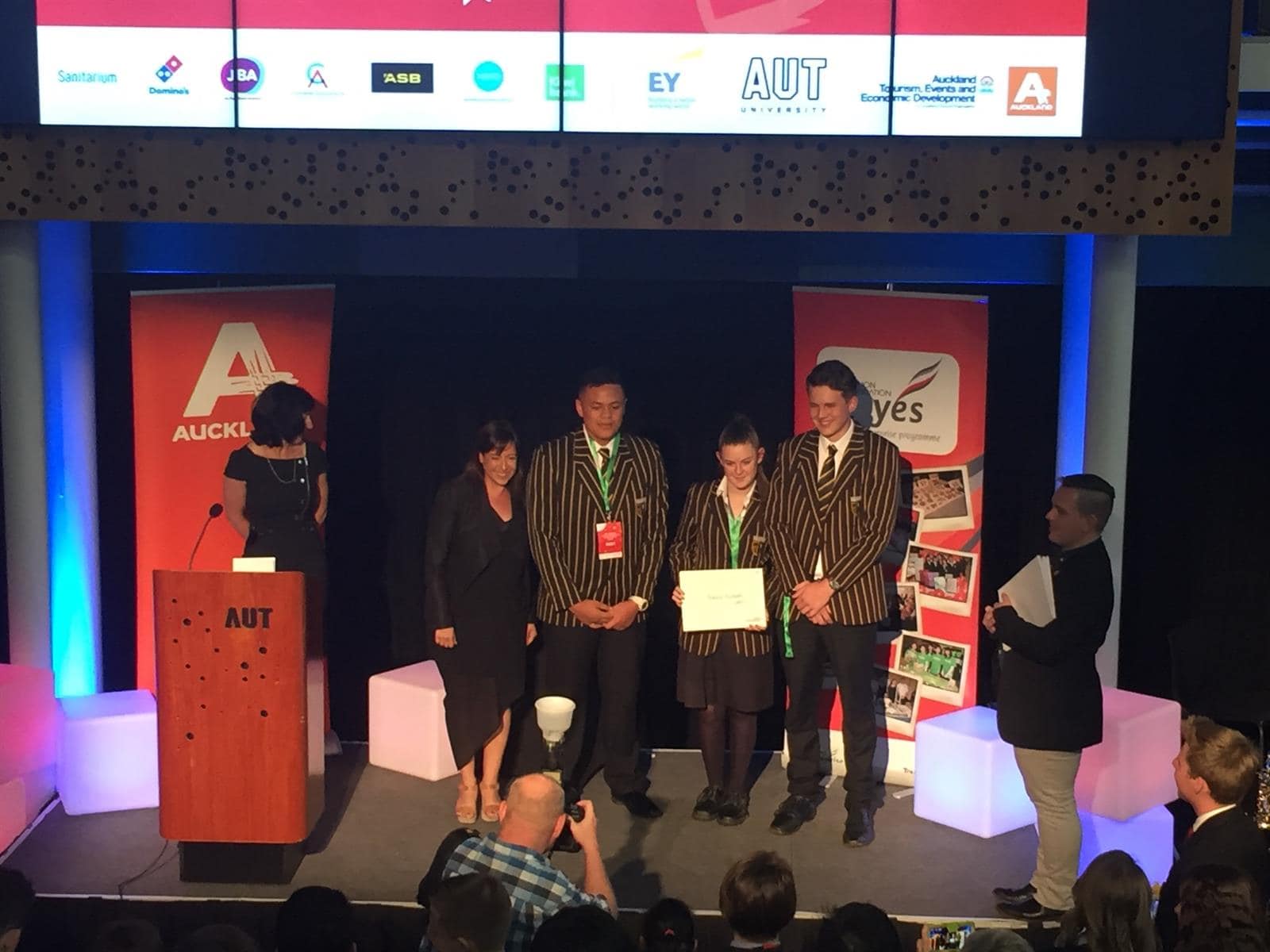 Huge congratulations to two of our student business teams who were prizewinners at the Young Enterprise Scheme Regional Awards held at AUT Business School.

MACR Enterprises produce a delicious tumeric and herb pasta, which coupled with their business initiative and know-how won them the Food and Beverage award for West Auckland.

Our other team present was OLelei, who for their vegan ice cream “Al Ice” received the Thinking Big award, a National Excellence award and West Auckland Company of the Year for the second year running.

Great work by all of our students involved!