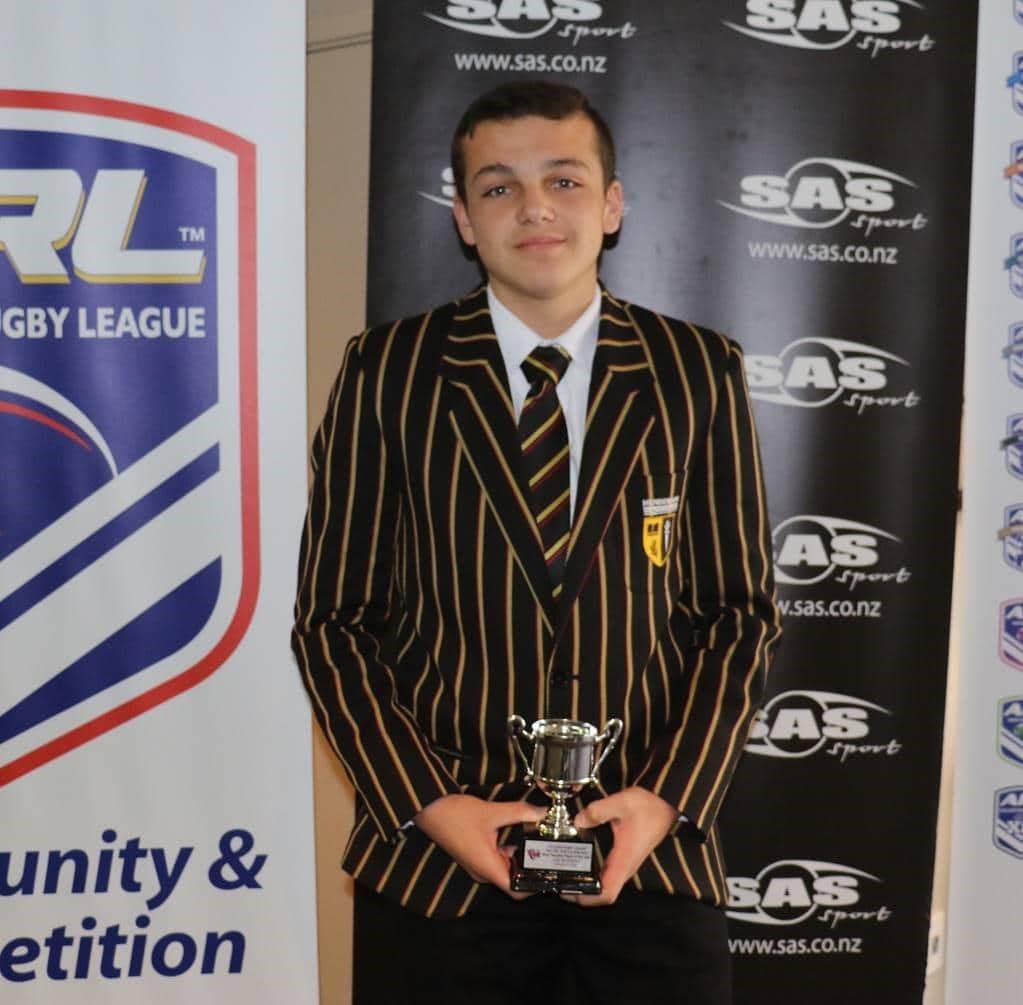 Congratulations again to year 9 student Jake Rutherford who, after winning Most Valuable Player in the Under 15 9-a-side Auckland schools competition, has been named as a representative player for Auckland Rugby League.

He will be playing for the northern team in the under 14 open representatives in the Regional Representative Challenge Series. This challenge sees Auckland clubs divided into ‘North v South’ and going head to head in a three game series during September, held at Cornwall Park.