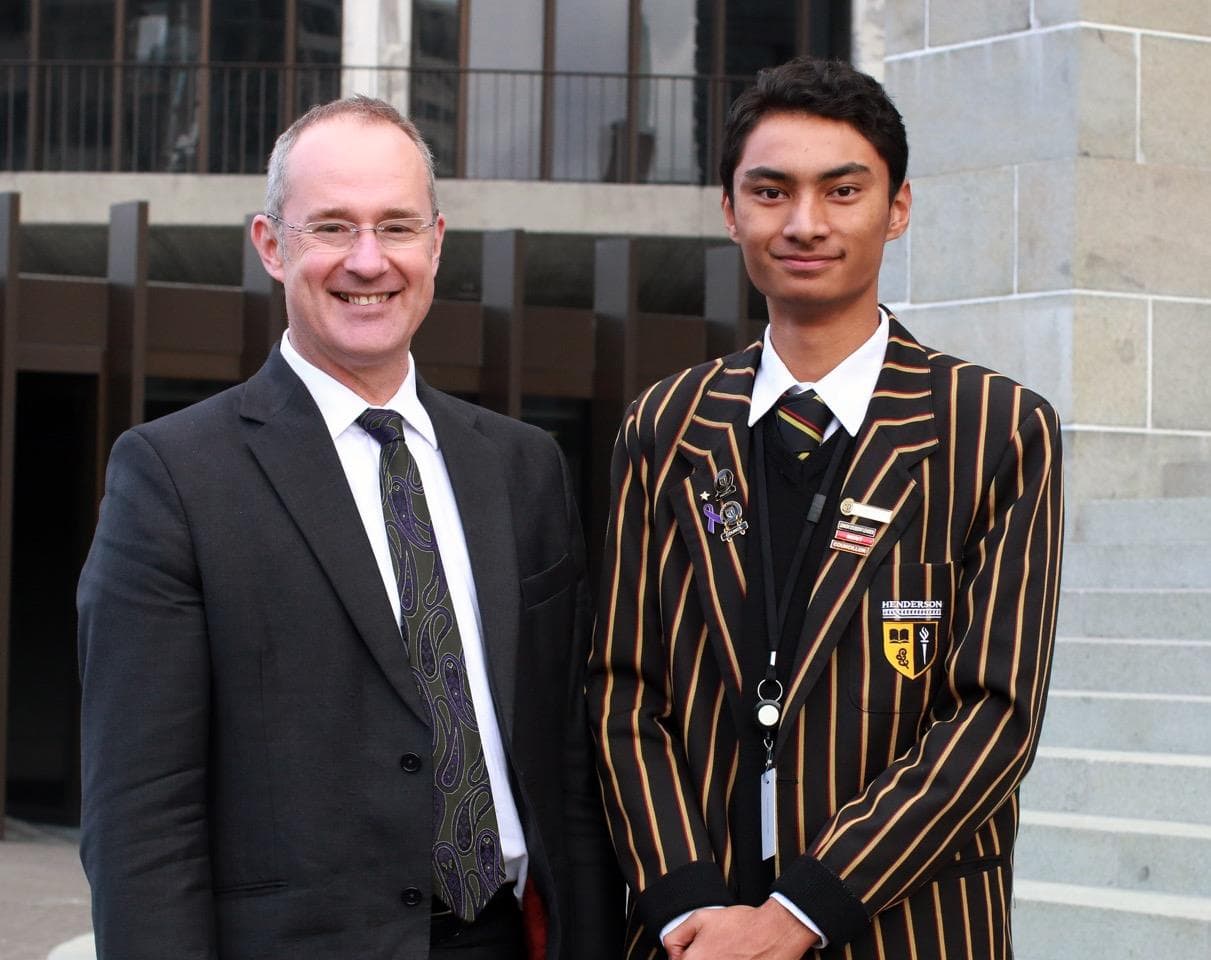 Last Thursday year 13 student Isaac Morunga returned to Auckland after an internship with local Labour MP Phil Twyford. On his experience in Parliament, this is what Isaac had to say: “My internship with Phil Twyford was the possibly the greatest experience in a professional environment that I could have been given. The entire opportunity was very eye-opening, I can honestly say it has solidified my decision to pursue a career pathway in Politics, or the Government Sector. Being in Parliament, attending select committee meetings, caucus meetings, and being an onlooker during debates in the chamber was very new to me, but I never lost interest in what was going on – and I constantly enjoyed everything I participated in. The days were long (especially for Phil and the other MP’s), and there wasn’t much time to relax, but it was very fulfilling at the end of the day to go home knowing I had been a part of a system of people who run our country.

Overall, I would like to thank Henderson High School for giving me this opportunity, without this experience I would might have never decided on pursuing a pathway in the Government and Political realm. Next year I plan on studying Political Science and International Relations, and possibly in conjoint with Public Policy or Media Studies at Victoria University of Wellington. This decision would have been a lot harder without this internship, again I thank Henderson High School, Phil Twyford and the Labour Party of New Zealand for giving me such an amazing opportunity”!