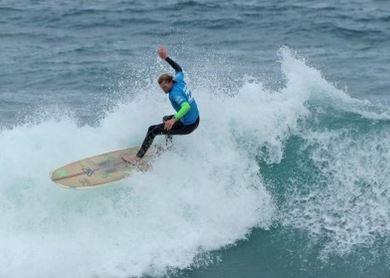 Zen also won the Junior title when he was 18. He now owns and runs the Piha Surf School.  Zen speaks of his trophy “there’s some epic names on there, some guys I used to look up to as a kid”.