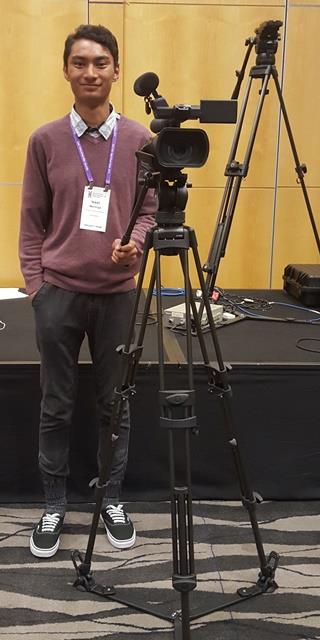 Isaac Morunga had the experience of a lifetime when he was given the opportunity to attend and help service the Multimedia and Film crew at the Sky City Convention Centre for the Global Education Leaders’ Partnership (GELP) conference on the November 23 and 24.

As part of an amazing crew his job was to film, interview and record raw footage of speakers and attendees at the conference. He was able to quickly pick up the methods of using the equipment which he had never used before and  given valuable guidance and feedback on improving his techniques.

He quoted that “The interviews, talks and range of workshops really broadened his horizons on Education and Education Philosophy. I was privileged to meet the Minister of Education Hekia Parata, along with Te Kura CEO Mike Hollings, and even got to interview published education authors”.

Looks like you have a bright future Isaac, well done!